A writer by the name of Libby Anne wrote an excellent essay on growing up as a homeschooled child in a Christian patriarchal family. The title of her essay is “My Life as a Daughter of Christian Patriarchy.” It is a well written, refreshingly (and painfully) honest, and enlightening piece of writing that you can find here. Libby Anne explained and discussed the issues she faced growing up in a Quiverfull family. While explaining the challenges she faces as a young woman who disagrees with the religious tenants of her childhood, she made a startling and dangerous statement when she blamed homeschooling for the lifestyle in which she was raised.

The Quiverfull movement is a branch of the evangelical Christian community that strictly adheres to the standard of raising daughters to be helpmates for, and subjugated to, husbands and fathers. Boys are raised to become the head of the household and providers for a family. There are stringent rules for behavior in this movement that clash with modern sensibilities concerning life in a free and democratic society. Unsurprisingly, Quiverfull children are not allowed to interact with modern society in the same manner of the average American child. Frequently, Quiverfull girls are denied a college education, the rationale being that they don’t need one since they don’t need a career outside of the home.

“By homeschooling us, my parents could completely control what we learned.”

But, homeschooling is not the issue here. The responsibility for Libby Anne’s childhood and the problems she faces as a young adult rest solely on her parents and their spiritual and lifestyle choices.

It doesn’t take a homeschooler to be a rigid and controlling parent. Many of us know of children who were or are raised by strict, domineering mothers and fathers. Two of my public high school classmates lived in such a household. Judy and Teresa were very smart girls. They graduated near the top of our class. Their every movement was also controlled by a father who demanded that if school dismissed at 3:15 they should be at home by 3:30. Boys were not allowed to call their house for any reason whatsoever. The girls were allowed out with groups of other girls once in awhile, but with a very early curfew. Dating was forbidden. They were not allowed to attend school dances, including prom, and other activities where boys were present. Weekly attendance at mass was mandatory. The church youth group was their only approved, non-school, coed activity. Would it be a surprise to learn that one of the girls rebelled at age 18? She left home, moved out of state, and got pregnant with her boy friend. Would it be a surprise to learn that she struggled with her self-image, lacked self-confidence, and had weight problems? Would it be a surprise to learn that she was estranged from her parents? Children who are raised in controlling, patriarchal families come from all educational backgrounds.

Libby Anne was raised in a patriarchal, Quiverfull family because her parents made a conscious choice to raise their children in such a manner, not because they chose to teach their children at home. Homeschooling was a tool they used to achieve their ends. It was an instrument for achieving a desired result. Can homeschooling be used to lock children away from the modern world while simultaneously indoctrinating them into an extreme religious lifestyle? Unfortunately, yes it can; but, it is irresponsible to lay the blame on homeschooling. Doing so errantly feeds the arguments of home education critics who believe that all homeschoolers are attempting to indoctrinate their children in radical Christianity while sheltering them from the real world. It ignores the thousands of secular homeschoolers who simply wish to provide their children with a better education than the one provided by their local public school. It ignores the needs of parents who choose homeschooling to address their children’s special needs, needs that the local school cannot or will not meet. Homeschooling is not Christianity, Christianity is not homeschooling, and allowing the two to become intricately intertwined in the public eye serves neither the homeschooling movement nor Christ. Libby Anne’s story will become the example du jour for those people who wish to outlaw home education for everyone. Her story cannot be allowed to become another arrow in the homeschooling critic’s quiver.

My heart goes out to Libby Anne. I am grateful that she shared her story. It is an important story. I know that regaining one’s voice and speaking out is a necessary step in the recovery process when one person feels like their voice has been silenced. Libby Anne did so eloquently and powerfully. I hope and pray that she finds peace with her past and her parents.
Posted by Unknown at 10:07 AM

The purpose of The Homeschool Apologist is to speak in defense of homeschooling. Our goal is to preserve and defend educational freedom in this country, while offering support to and a forum for homeschoolers quietly instructing their children in households across America.

Do you have a blog post you're dying to write? A favorite subject you want to discuss? Send your submission for Amy Speaks to writearby@gmail.com

Visit Our Friends at...

Homeschool Blogs and Other Helpful Stuff

I would love to meet you at the 2:1 Conference! Beginning on Black Friday for a limited time only, tickets will be $199!! Click the button above for more information! 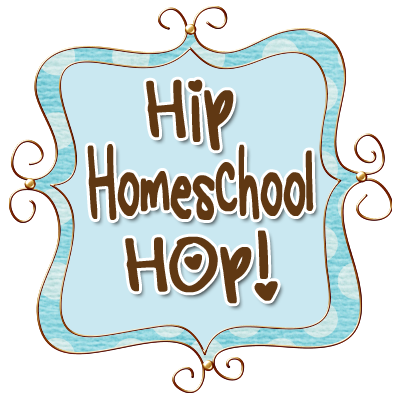 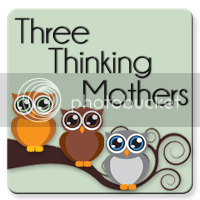